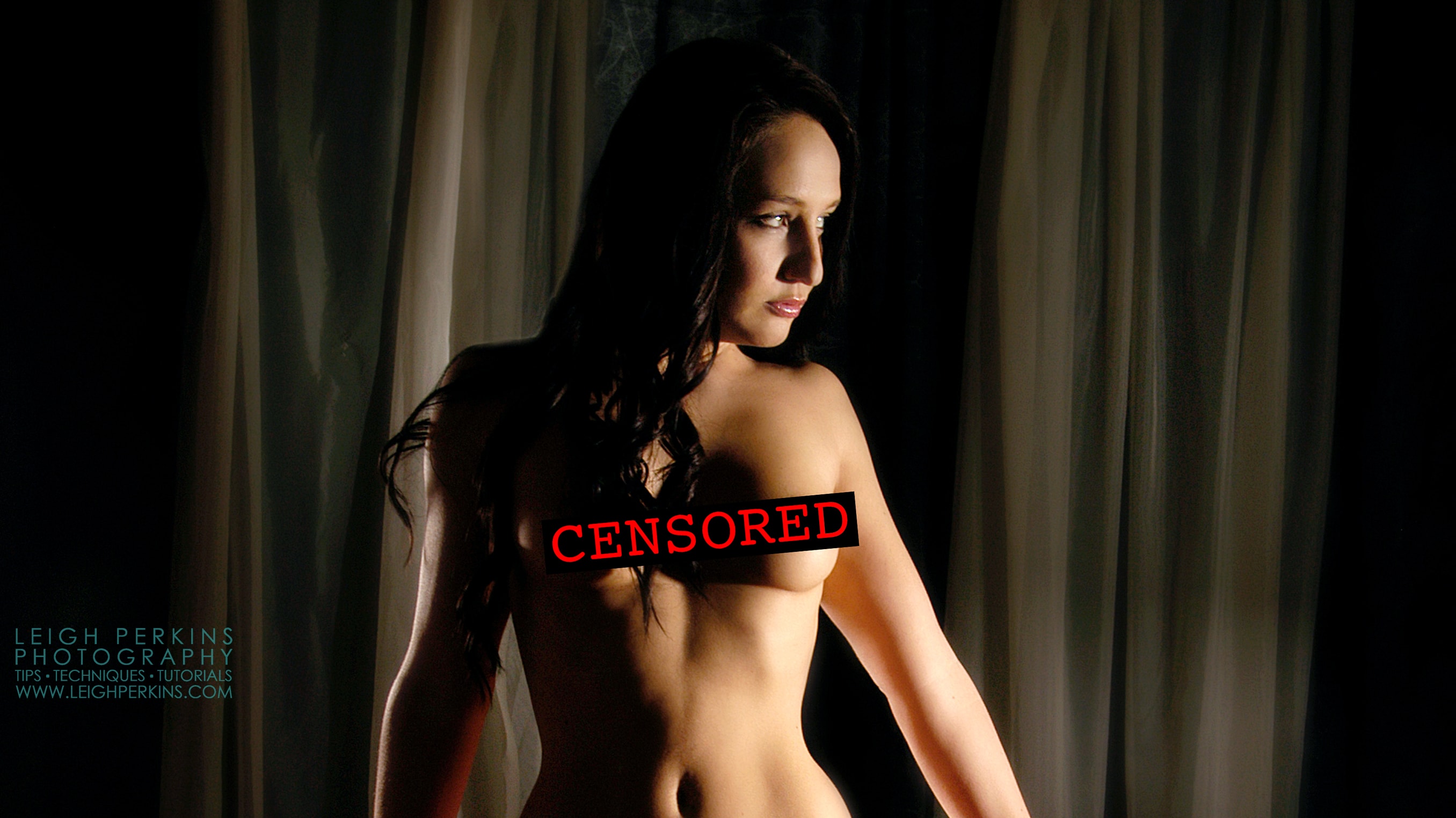 Sometimes there are images that simply stand out from the crowd, that stand the test of time and actually help shape the way you shoot and work. This is certainly one of those images. It was taken from a shoot quite early on in the days of my Mighty Aphrodite Boudoir business and provided both inspiration and a little caution in the way I worked for several years afterwards. I might also add that it provided the model in question with a fair amount of work for many months if not years afterwards. Not that she didn’t deserve it but I really should put commission payment clauses into my model releases 🙂  But first let me tell you a short tale of theft and deception.

All Publicity is Good Publicity?

images stolen was in fact a good thing and the publicity generated from any theft can only do you good. I’m afraid I beg to differ. In the case of this image, it was stolen off my website together with a number of others. It was blown up to almost life size, put into a rather ornate gilt frame that would have looked quite at home in one Her Majesty’s royal abodes, and placed on the wall of a lap dancing club in Manchester, England. The fact that it came off my website back in 2008 will no doubt give you an idea as to the quality that this humongous print out from a 56kb file produced…it was fuzzy…very fuzzy. But in the dimly-lit, erotic surroundings of the club no one seemed to notice! As for good publicity? Not so much really! The perpetrators had replaced my logo with the name of their Club, effectively passing them off as their own. So far no benefit to me.

I had been alerted to the theft by a photographer who recognised the pictures as my work – he was immediately suspicious as the print quality was so poor. I didn’t ask him how he had come to be in this “Gentlemen’s Establishment” – it just didn’t seem polite. It was interesting though that the work was being recognised as mine despite being 200 miles away from home. Flattered by my newly-found notoriety, I decided to make the trek north to view my new “art gallery” for myself. Being a bit of a coward and not wanting to go it alone into what was after all a strip joint, I took the model with me. Not as weird as it sounds as she had actually stopped modelling by this time and was now working for me as my image editor.

Not relishing the idea of an overnight stop, we set off early to get the business concluded which ultimately involved us stepping inside the lap dancing club at around 8pm. Not only was I the only guy in there at this early stage of the night but I was also accompanied by a gorgeous ex model…not your average punter! Nevertheless I was approached twice by ladies offering to dance for me despite my ever present beautiful companion.

Looking around whilst sipping my very expensive beer, my model friend noted that if I ever was to own a club, this is what it would look like except mine would look better. She wasn’t wrong. A dozen or so of my images adorned the walls in huge gold frames, each had been give some kind of blurry, surreal wash (presumably to disguise the jaggies and jpg artefacts created by the over-enlarging process). Each was dimly lit by a purpleish glow and the light just low enough so you couldn’t inspect the quality too closely. It was a surreal experience.

To cut a very very long story short the images were finally removed but only after several months of wrangling, umpteen lawyers letters and about £3k in legal fees. Justice apparently is a very expensive luxury.

I haven’t retold the story to my publicity-seeking Facebook advisor but hopefully he will read this and think differently when next he offers such advice.

So what of the image itself? Well read on and I’ll tell you how it affected me both positively and negatively in future studio workings and as the memories of the shoot come flooding back to me now I’ll let you know how I shot it!

The second part of this post contains an additional image gallery which includes some NSFW artistic nudity. It is available to members only – not a member? Join here.