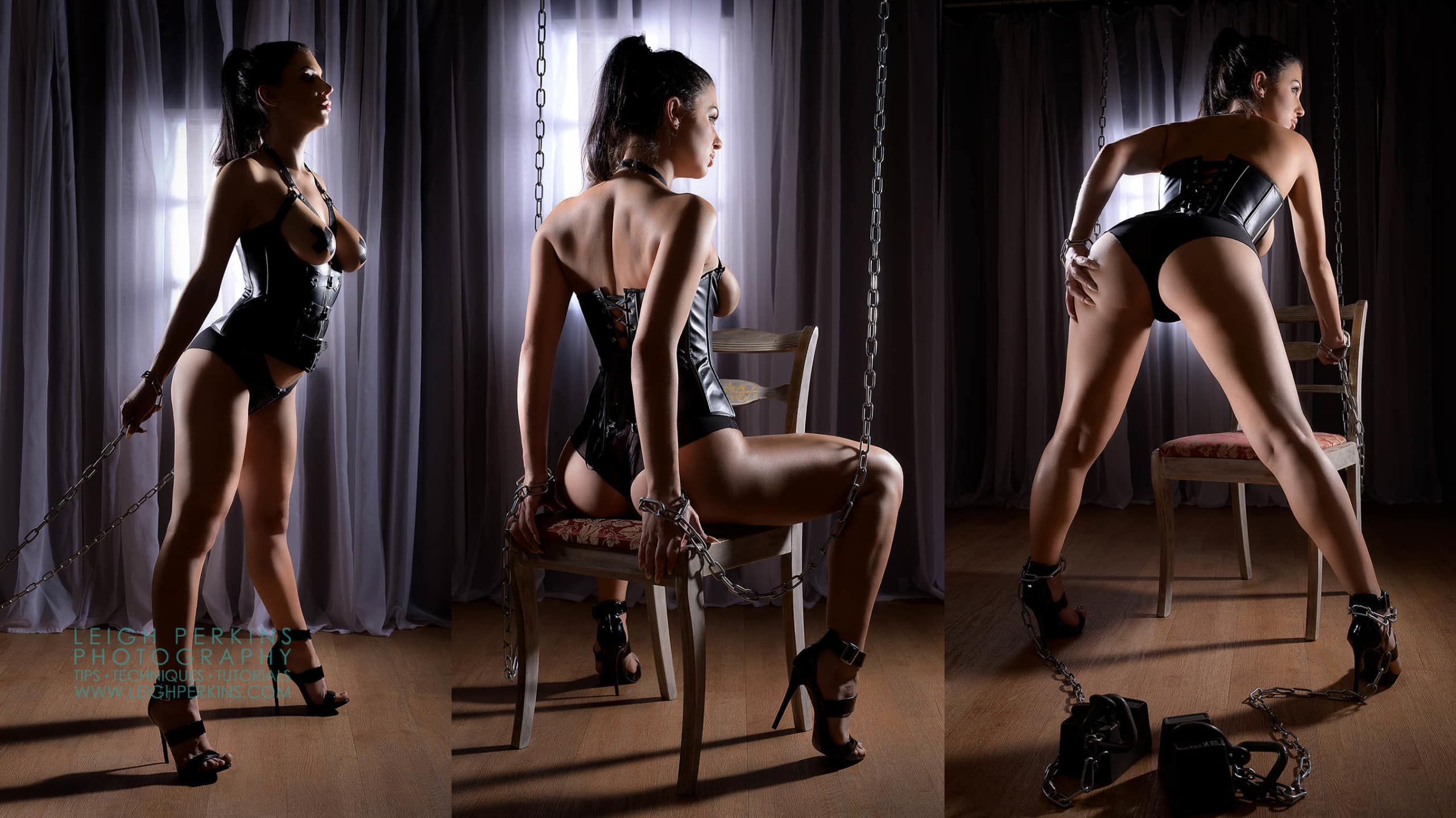 Using four lights to create a set of dark, moody, high contrast images might not be everyone’s first choice when planning a shoot. Especially when the rule of thumb that “more lights equals less contrast” is rattling around in your head.  However, in this instance I’m going to do just that.  I’m going to use four lights (sort of) but I’m going to keep the light output from them very narrow allowing me to light individual parts of the model’s body to produce areas of strong highlight and shadow.  With the lights being placed predominantly behind or alongside the model the foreground will be kept quite dark enhancing the edgy mood of the images.

Did I say four lights?  I meant three really!  The fourth light is simply to create the illusion of a window in the background and whilst it does look like a window, the light producing the effect will have no impact on the model whatsoever.  In fact if I were to turn off the other three lights illuminating the model she would in fact be completely silhouetted against it.  To create the window light I simply placed a white roll of backdrop paper behind my blackout panels and positioned a flash unit off to one side and directed it’s light through the window to bounce of the voiles placed in front.   So with the window constructed from some old doorway architrave, a few screws, some gaffa tape and a little bit of blind faith that it will all stay together, the window illusion is complete.

The main part of this post contains additional lighting, shooting and posing tips, image gallery and full video which include some NSFW artistic nudity. It is available to members only – not a member? Join here.